My work revolves around the plasticity of love. In my paintings I aim to represent the close warm of yielding bodies, clinging or leaning towards each other, the pictorial matter running along the surface like a soft and palpitating skin. The world that comes to life involves feelings and people to whom the most widespread imagery in society and the media does not give its attention: burly, tender and hairy men, real lovers, sensitive and passionate, who declare their need to exist through the most intense and direct proximity.
The poetics of Maria Giovanna’s work is that of existence as bodily and sensual exposure. Her approach to representation, characterized by close-range perspectives, recalls the tactile sense. The absence of physiognomic characteristics shifts the viewer’s focus from individual identity to intersubjective relationship, and throws us in a carnal dimension, where matter results at the same time intimate and impersonal. The dichotomous model which is inherent to the sexual act is transformed, chasing the utopia of a romanticism which is such, as it exists for its own sake . Reality is interpreted as relational complexity. The belly, visual fulcrum suspended between the head and the genital area, becomes the symbolic center which is at the same time carnal and spiritual. The choice of abundant human shapes is a luxury, as meant by George Battaille. It is also, perhaps, a rebuttal to the dominant aesthetic, which promotes fit and aseptic standards that are nothing but the maudlin allegory of the strive for transcendence and the detachment from the earthly good and the sacred ancestral references. The stylistic search appears, eventually, as an introspective path that aims at investigating the relationships between animal and anthropic nature. And so, like those who look for the face of Christ on a slice of toast, I find myself searching in the bodies (among the folds of skin or bunches of hair) the Holy Shroud of a carnal spirituality, the romantic and consciously hopeless struggle of naughty people, the love within the surface… The squaring the bellybutton … I wonder for a moment if Jesus would have preferred to be covered in cheese or jam, and then it all disappears under a double stuffing 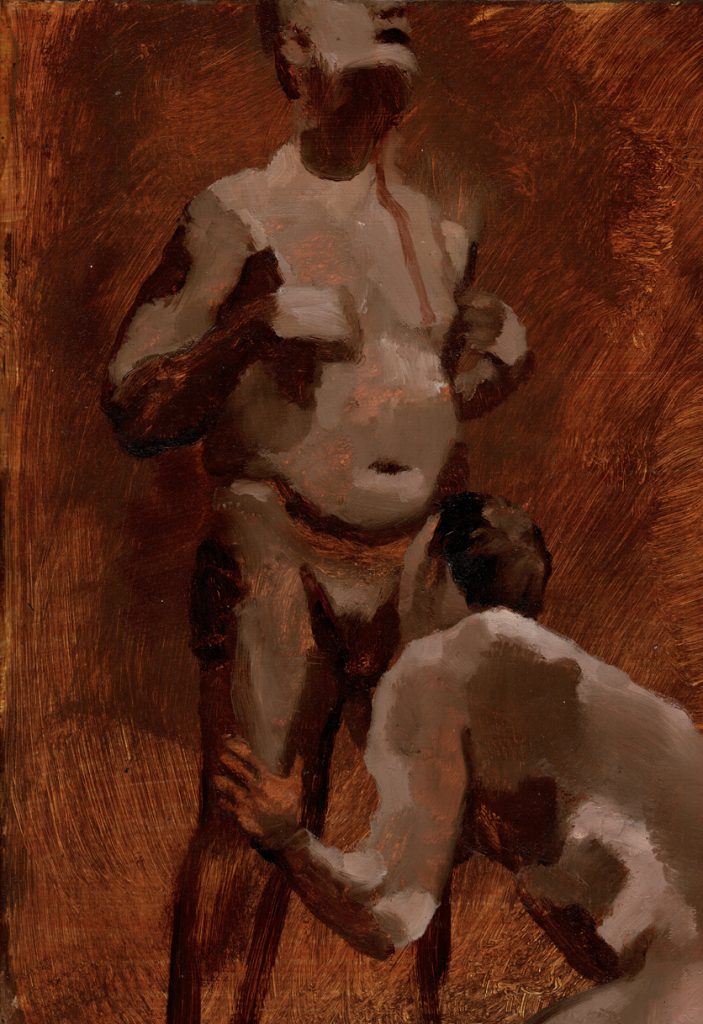 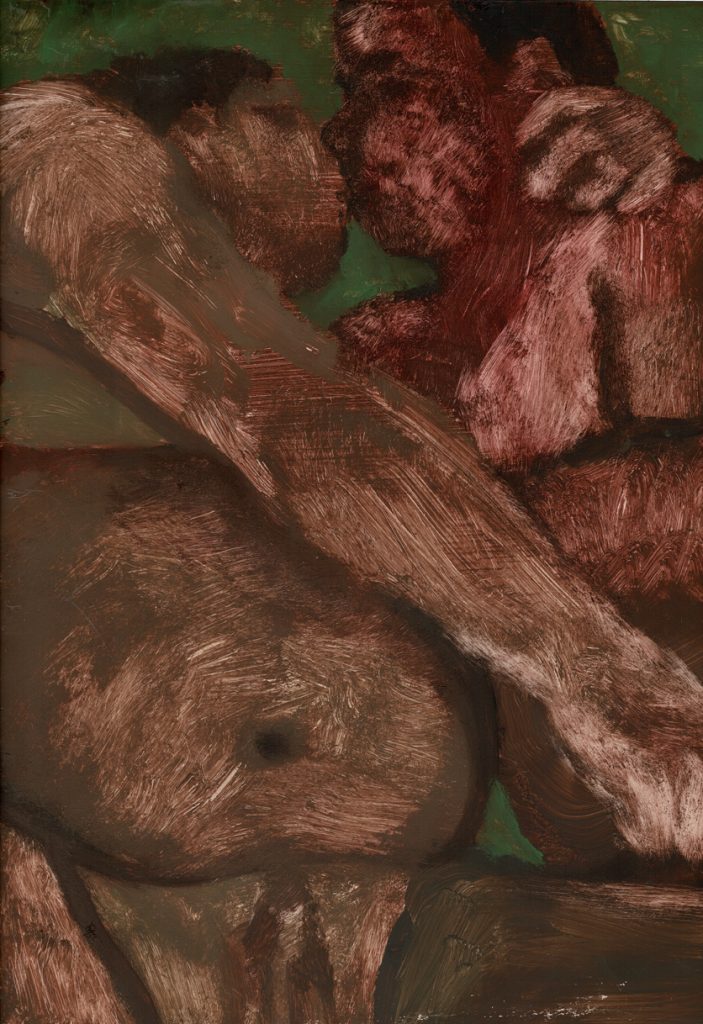 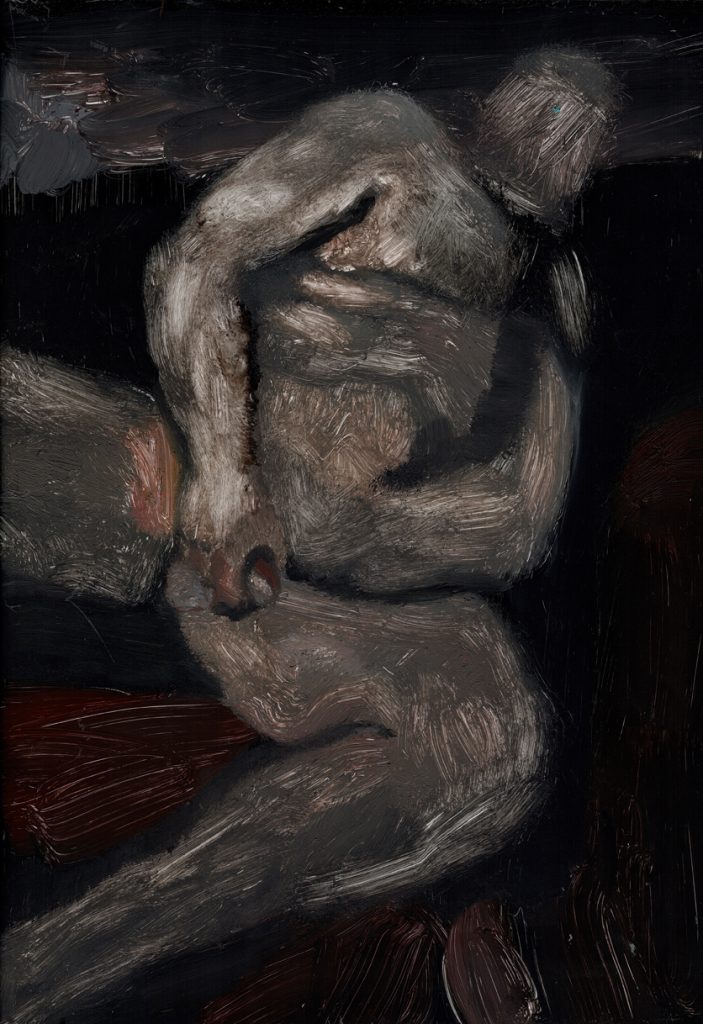 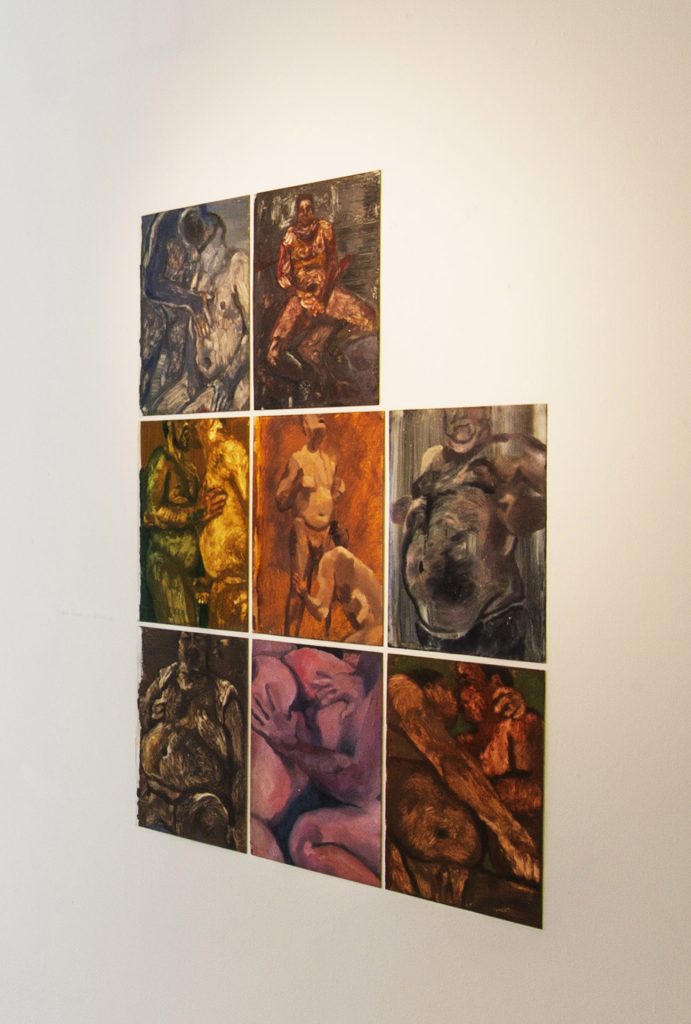 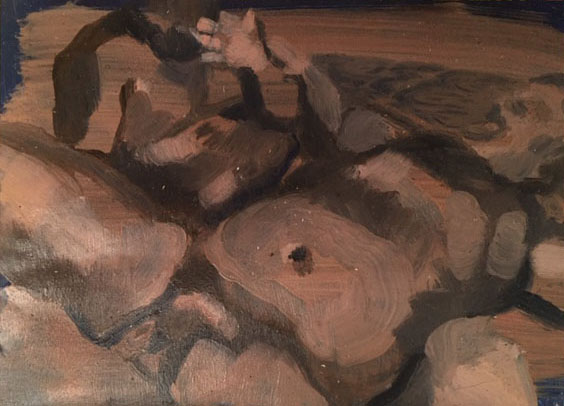 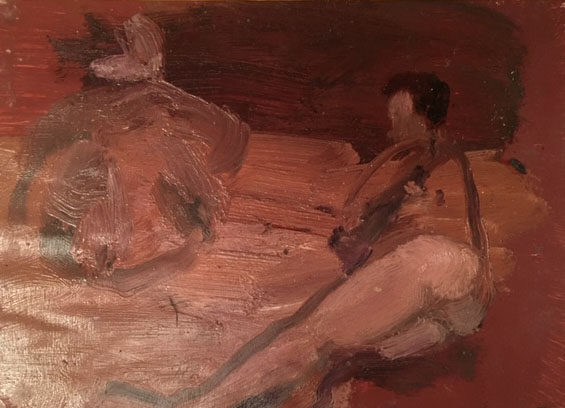 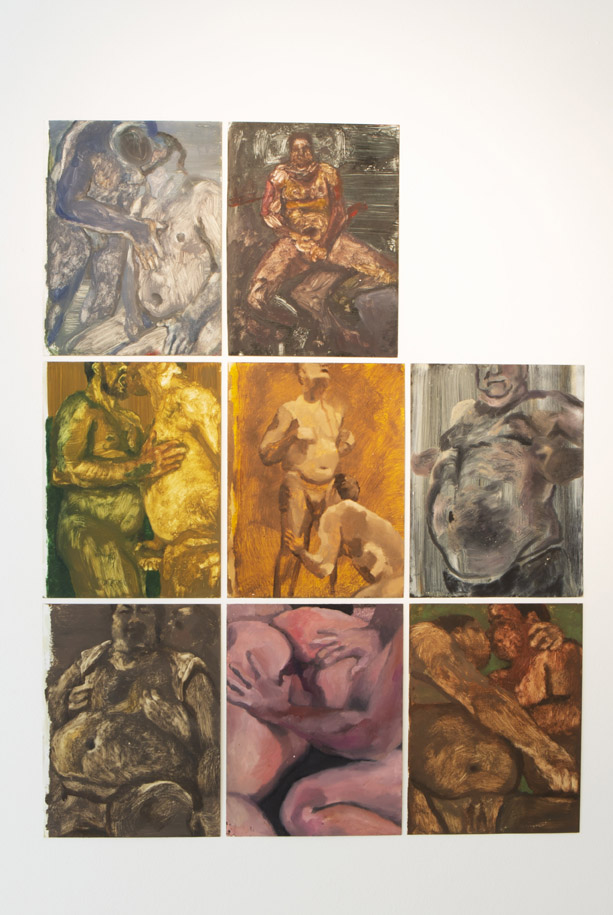