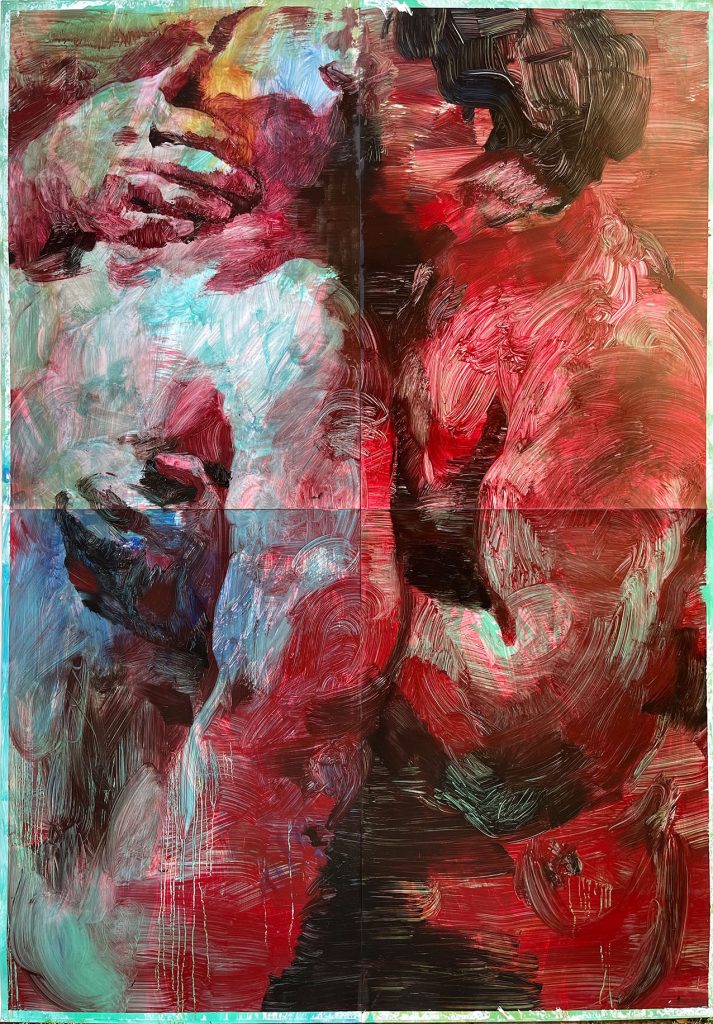 Traffic Gallery is delighted to host in its spaces MUCHO MUCHACHOS, a solo exhibition of the young Venetian artist MARIA GIOVANNA ZANELLA (1991), who for the occasion presents a series of large-format oils on paper, a sculptural installation composed of six whistling works, and some Books painted on paper that are part of the Love Letter series.

The works, all on preview, make up the artist’s first solo exhibition within a private gallery. Maria Giovanna Zanella graduated in the painting course at the Academy of Fine Arts in Venice, the city where she lives and works, and where she developed her artistic making through gestural painting of strong impact.

An anthropic nature appears in her works, where the man at the center of the representation is flesh and sex. A man whose belly understood as the visual fulcrum, suspended between the head and genitals, is figurative geometric center, carnal and spiritual, abundant and luxurious (Taken from Milena Becci’s text for the 2019 exhibition TUTTI NON CI SONO). This carnal aspect in the artist’s pictorial works has been and is very present, although the path recently taken follows a different direction. Zanella’s focus is slowly shifting from sex to touch, from the abundant body to the use of hands.

This shift is evidenced by the sculptural installation in the exhibition, consisting of six sculptures each representing two semi-closed hands in a form that allows air to become vibration and sound. The childlike gesture of bringing the hands together, to blow into them creating a whistle, shifts our attention, from the abundant body consisting of flesh, to the production of sound vibrations through the use of that same body and its breath.

On the cards of different formats and in the books to browse through are burly, tender and hairy men, real lovers, sensitive and passionate, declaring their need to exist through the most intense and direct proximity.

Mucho Muchachos, an intentionally incorrect neologism, tells us about Mucho and Boys. It speaks to us, albeit in sexual acts, of tenderness, of color, of intersection. Maria Giovanna Zanella’s pictorial gesture communicates a kind of serene instinct, never vulgar despite the pornographic act depicted, which finds its best syntheses through the use of colors, which could perhaps represent the infinity of emotions and nuances that are hidden within each and every body.

Fischi per Fiaschi is the title instead of the six-piece sculptural installation. A title borrowed from glassblowers, who, by making flasks find themselves producing accidental flasks, that is, vessels resembling the shapes they initially imagined. In this view, the flask would constitute a resounding failure. 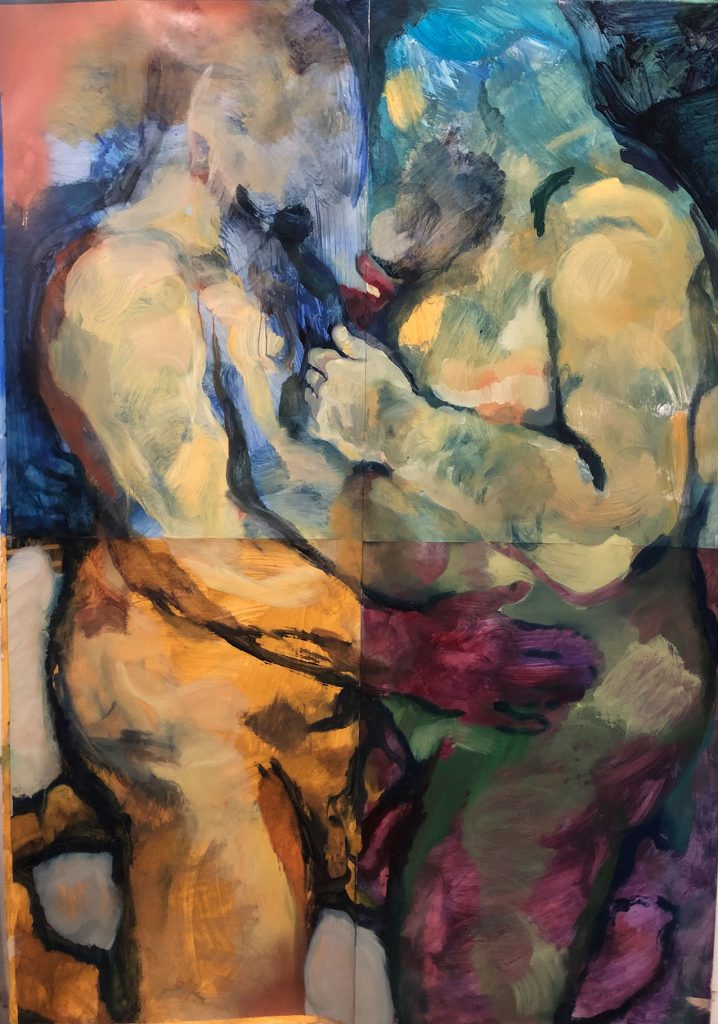 Born in 1973 in Bitonto, a small town in the south of Italy in the province of Bari. His artistic career is manifested in the use of various media such as photography, performance, video and film. We Remember the acquisitions by the Musée des Beaux-Arts La Chaux-de-Fonds in Switzerland, by the UBI Banca Popolare di Bergamo Collection, the Videoinsight 2018 Award, the Award received during Art Verona 08 selected by Anna Mattirolo for a project inside the MAXXI in Rome which took place between... 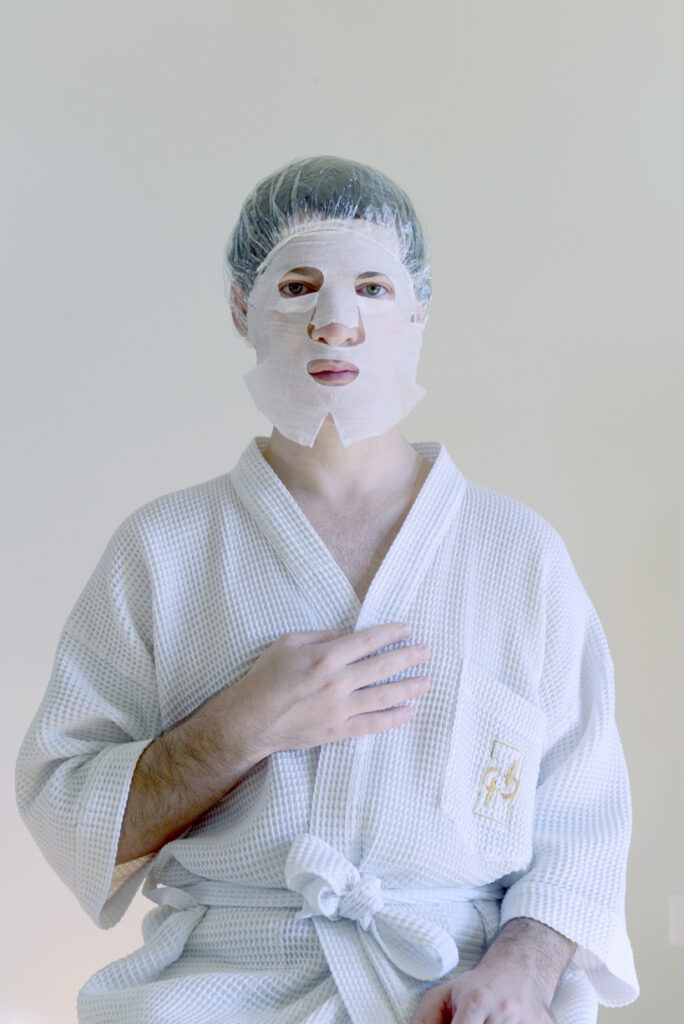